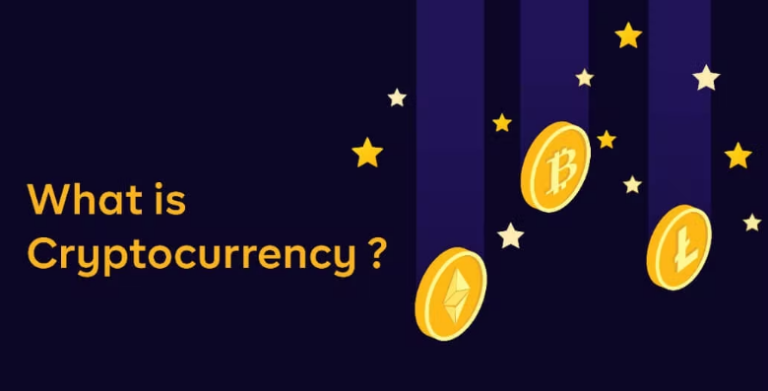 Cryptocurrency: Cryptocurrency also known as crypto-currency is a digitalized virtual currency that uses cryptography for transactions. They use decentralized systems to record transactions. It does not have a central issuing or regulating authority.

You may also like to read about technology in business. get4luck has tried its very best to provide you with proper guidance about it.

Cryptocurrency is a digital currency that is not dependent on banking systems for its transfer. It is a peer-to-peer system that enables transactions. The transactions of this currency are recorded in the public ledger and it is stored in a digital wallet. In addition to this, your earned currency is stored in digital wallets, and when you transfer it, it stores in the public ledger.

Other than this, it uses encryption in its transactions. This is one of the best advantages of cryptocurrency. We can say that advanced coding is used for the verification of transactions of this currency. Encryption is used in it to ensure the security of your transactions.

The first cryptocurrency was Bitcoin. It was founded in 2009. In addition to this, it is used to provide profit to its user in trading.

One of the most frequently asked questions is how cryptocurrency works. Cryptocurrencies run on a public ledger that uses blockchain technology. The record of all transactions can be updated and held by the currency holders.

Cryptocurrencies are created through a process called mining. In addition to this, you can also buy it from different brokers in the digital market. Mining is the process in which computer power is used to solve complex mathematical problems that generate coins.

If you own a cryptocurrency, you do not own anything tangible. However, you have a key that helps you in transacting from one person to another without the involvement of a third party.

If you are interested in health and fitness, you have a good vision of life.

There are thousands of types of cryptocurrency but only a few of them are given below:

Ethereum is a platform that has its own currency. This currency is called Ether(ETH) or Ethereum. It was developed in 2015. In addition to this, it became popular after Bitcoin.

Litecoin is similar to Bitcoin but it provides fast payments. Other than this, it provides processes that are helpful in more transactions quickly. That’s why it is a cryptocurrency for beginners.

If you’re interested in online business, you must know where to start. There are top online businesses that anyone can do. You must go and check it out too.

Ripple is a distributed ledger system that can be used to track different transactions other than cryptocurrency. In addition to this, the ledger system can also check and track the transactions of other currencies. It was developed in 2012. The company behind this ledger has worked with many banking systems.

In addition to this, non-Bitcoin currencies are collectively called “altcoins”. This term separates them from Bitcoin.

Best Crypto News Websites You Should Be ReadingIn 2022